Overhaul and upgrade of vertical bagger in our workshop for Norwegian customer in collaboration with Bosch.

Modification and extension of order displays and height limiter for bakery in the Gothenburg area. 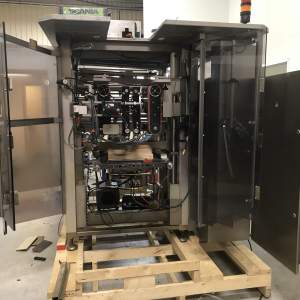 
Relocation of two old bakeries to a new facility. Redesign of 3 packaging robots, design of new wagons for baking ovens. Modification of tray washing and packaging line. Relocation and rebuilding of storage silos.


Production support, dismantling of equipment and shipping to different customers.


Dismantling and shipping of objects from Leaf production unit in Gävle Sweden, sold on the Auction of Rabin Worldwide.


Assistance in setting up a corn chip line in India.


Dismantling and shipping of objects from Leaf production unit in Aura Finland sold on the Auction of Rabin Worldwide.